In Episode 95 of the Charity Charge Show, Stephen talks to Stella Kafka, Executive Director of the American Meteorological Society (AMS), whose mission is to advance the atmospheric and related sciences, technologies, applications, and services for the benefit of society.

Stephen and Stella Kafka talk about the pros & cons of switching to a virtual meeting model, joining an organization from an outsiders perspective, and the American Meteorological Society’s mission to use science to keep people safe.

As executive director of the American Association of Variable Star Observers (AAVSO), a non- profit worldwide scientific and educational organization of amateur and professional astronomers, Stella Kafka utilized a combination of talent, skills, and scientific accomplishments that she now brings to her new role as American Meteorological Society’s executive director.

Kafka obtained her B.S. degree in physics at the University of Athens, Greece, and a master’s and Ph.D. in astronomy, with a double minor in physics and geophysical sciences from Indiana University in Bloomington, Indiana.

After completing her Ph.D., Stella held a series of prestigious postdoctoral positions and fellowships, first at the Cerro Tololo Inter-American Observatory in Chile, where she received the National Optical Astronomy Observatory Excellence Award, then at IPAC/Caltech, and finally as a NASA Astrobiology Institute Fellow at the Carnegie Institution of Washington. Stella also brings with her a wealth of managerial experience. In addition to serving as the director of two research and mentorship programs for undergraduates while in Chile, Stella managed editorial, marketing, financial, business development, operations, and production aspects of journals at the American Institute of Physics (AIP).

As a journal manager at AIP, Stella successfully oversaw the launch of a new journal and served as a liaison between publishing and research communities.

On top of her research and management abilities, Stella brings an international perspective to her work.

After growing up in Greece, she obtained a Proficiency Diploma in the French language (she has one in English, too), pursued higher education in the United States, and worked and traveled in South America (including Chile, Argentina, and Brazil).

Stella is fluent in Greek and English and speaks Spanish and French.

Stella enjoys interacting with people of every age and background and has honed her communication skills through mentoring students, classroom teaching, and lectures to professional and public audiences.

And then, like all good communicators, she knows when to stop and listen.

At some point in trying to understand a solution to a problem, it requires a little bit of getting out of your comfort zone and discussing aspects of science that maybe you don’t know very well.

I find that is much easier when speaking in person than it is virtually.

I think that COVID made us more efficient and more accessible in terms of utilizing different methods of communication and increasing inclusivity.

However, we’re still trying to replicate those in depth, in person experiences and online technology is just not there yet.

I’m not really sure what the end result will be, maybe we will actually come up with some kind of visors and virtual working places that will bridge the gap we are currently dealing with.

That is our challenge. Although we aren’t all the way there yet, I really like the increased efficiency and the fact that we can actually do things much faster using virtual technology. 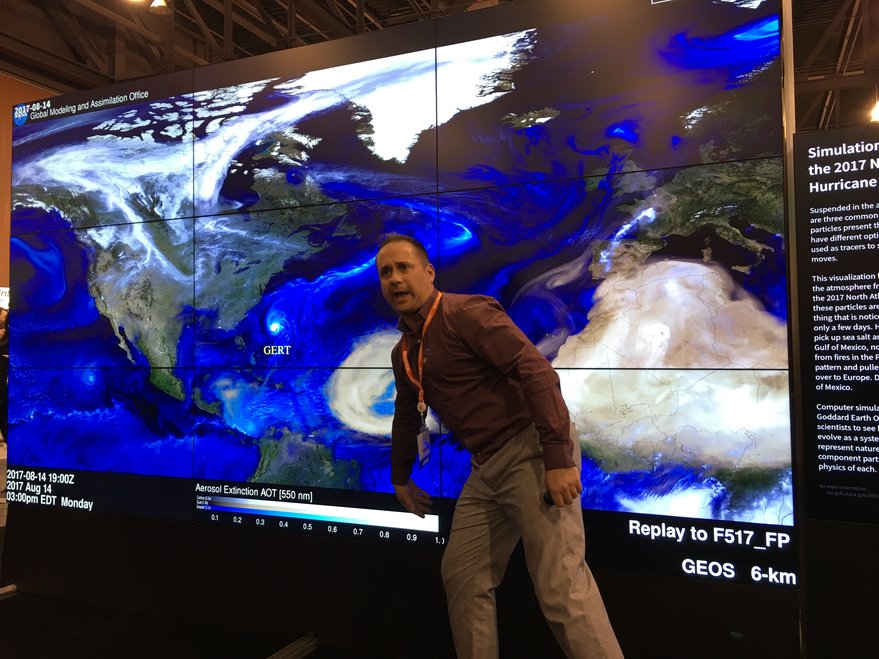 About The American Meteorological Society

The American Meteorological Society (AMS) is the nation’s premier scientific and professional organization dedicated to advancing the atmospheric and related sciences.

Their mission is to promote and disseminate information about the atmospheric, oceanic, and hydrologic sciences.

The AMS has a long history of service to the nation. Their members include researchers, educators, students, broadcasters, consultants, and other professionals who are experts in weather, water, and climate science.

The Society publishes a wide variety of journals, books, and other products; sponsors conferences and workshops; and provides educational resources for teachers and students at all levels.

They also offer numerous opportunities for networking and career development.

Interested in listening to the full episode and hearing more from other nonprofits? The Charity Charge Show: EP 28: Rob Lowe – Creator of The Giving Back Podcast In Episode 75 of the Charity Charge Show, Stephen talks with Stephanie Gripne, Founder and Executive Director of the Impact Finance Center